It’s that time of year.

Even Enzo got in on the list making action. He wrote two grocery lists tonight. 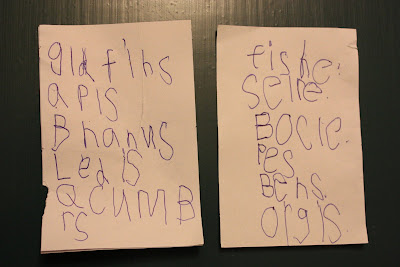 This is the first time I’ve seen him do this kind of thing, and by “this kind of thing,”  I mean attempt to spell things on his own.  In the past he’s dictated all his list making to me. He likes nothing better than to make a good grocery list if he’s got a notebook handy.

I used to have a little book with his name on it filled with lists he whispered to me during church.  I suppose I should get him a new one.  He had to borrow pages out of his sister’s notebook for the lists tonight.