Eight is a rite of passage. For the baby and the mama. She is eight and I have a child who is eight. She’s just steps away from being a big kid. The time is coming when I won’t have to hire babysitters anymore because I’ll have one of my own.

She was a little bit surprised by her birth-minute photo. She’d been practicing for about two minutes when all of a sudden I came at her with the camera. She was like “What? it’s time already?” and I was thinking “I know just what you mean little girl,” 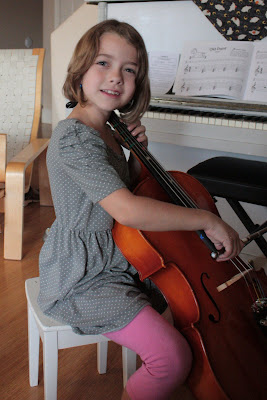 I sat there for a bit trying to get a candid of her concentrating practice face (it’s awesome) but remember how good she is at candids“? Every time I’d lift the camera she’d turn to me and try to play and smile at the same time.(spoiler-she can’t do it)   Finally she said “why don’t we just do this?” and posed. Her posing skills have come a long way in the last four years. 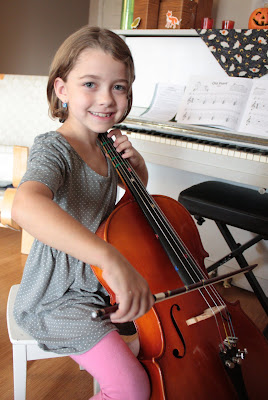 I thought it would be a good idea to have a picture of the two of us together (see above) so I gave it a try but self portraits with the big camera are rough. By the time I got one with myself actually in the frame the strap on my camera had snagged a few bow hairs and Ziz was like “Mom. Really?” I was planning to try it again with my phone but I got distracted and it never happened. 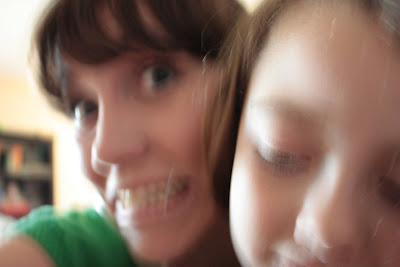 My gift wrap selections were a big hit. Enzo said that when his birthday comes he want’s his presents to look just like that. I still have that roll of faux bois paper and another set of woodland creature tags so I told him it’s on. 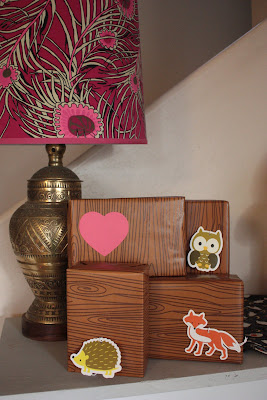 For the reccord: Ziz really liked the wrapping too. She’s all about the woodland creatures. I bought that wrapping paper from the dollar spot in Target a few weeks ago just because I liked it. I thought I’d use it for baby showers or one of those kind of things where you actually wrap something to be pretty rather than just so the kid will have something to tear on their big day. Well, Zizza saw it and asked me to use it for her birthday. Done.

Hopefully she was as happy with what was inside the presents. I’m pretty sure she was happy this evening when she opened them because she is not so big yet that she’s learned to be gracious such that we wouldn’t notice if she were disappointed. Still, there were a few things I know she was hoping for that she didn’t get (namely a bike basket. We couldn’t find one that would fit her bike) I hope she’s not retroactively disappointed next time she rides her bike.

We decided to split the cake from the ice cream for this birthday. Actually she’s not even having cake, she’s having monkey bread with cream cheese glaze on the side for dipping. That’s going to happen when she celebrates with friends on Friday. We ate the ice cream tonight. Even without cake we felt like we needed at least one candle to mark the day. 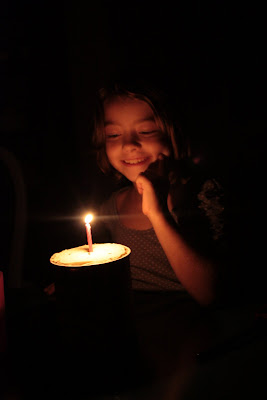 Happiest of Birthday’s to my angel baby girl. I count my lucky stars I get to be her mama.