You’ll never guess. We did yet another Halloween craft.

We used this tutorial and made mummies. I actually had a package of that very gardening wire she used sitting around in my stash waiting to be needed.

The kids all tried wrapping their own mummies but I ended up doing all but the middle of Zizza’s. Even she had trouble with hands feet and head.

Today I decided to hold a mummy Yoga class because what else are you supposed to do with a group of pose-able mummies? 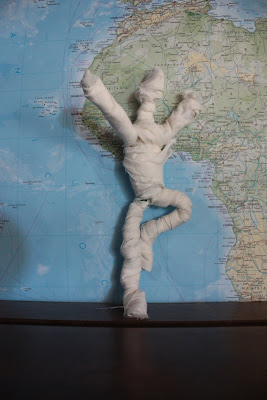 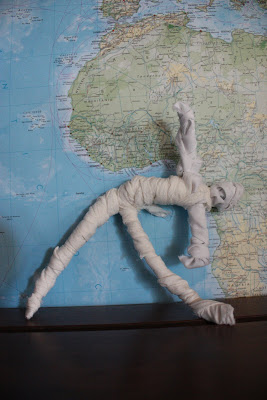 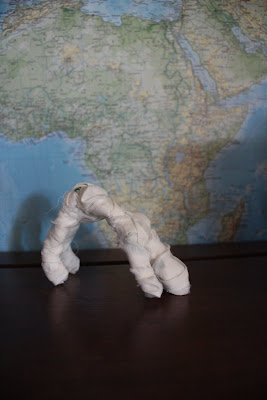 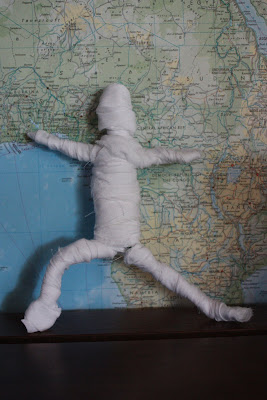 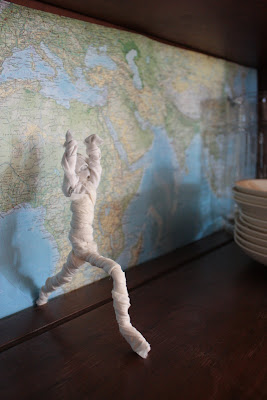 Warrior I (my favorite pose)

Duke’s mummy, as you can imagine, is the littlest. He loved it on that first day. He carried it in his tight little fist and became rather distressed when, after going about his business mummy in hand, the little linen fellow (ok fine it’s actually a cotton poly blend from an old bed sheet) got so bent out of shape as not to be recognizable.

Reluctantly, Duke surrendered his little friend to me for re-forming and once it was done he’d be happy again. We went through this process quite a few times before the mummy got to be old news and was left to practice his downward facing dog pose in peace.

Now, in closing I’d like to say this: Make mummies guys! It’s lot’s of fun and really any old wire will do if you haven’t got the fancy plastic coated stuff.  The End

One Response to Mummified