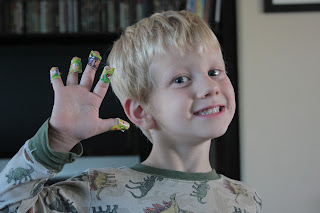 I am not. 90% of the time if my kid asks for a band-aid I answer “suck it up.” Ok, my actual answer is more like “I don’t think you need one,” but I liked the dramatics of the first for the sake of the post.

When I was a kid wanting band-aids I got the same response from my mama. Sometimes she threw in the story about when she was little and they didn’t even have ban-aids. If they needed a bandage they tied a clean rag around the injured appendage.

When I did get an injury that warranted bandaging I went to great lengths to protect the hard won plastic strip, carefully holding the bandaged knee, shin or elbow out of the bathwater to avoid soaking it off early. The chances of securing a replacement band-aid were so slim, great care had to be taken.

By the time I was willing to part with the coveted bit of first aid it would be so cemented to my skin/leg hair that it took another soak in the tub to free it from my person. After being kept from the water during the previous bathing the skin around the band-aid would be gratuitously dirty. It was like magic watching my skin return to it’s normal color as the layers of accumulated dirt lifted away.

Even after all of that I grew up to be band-aid stingy just like my mother.

The kids got band-aids in their Easter baskets this year. I thought I’d be able to let them enjoy their sticky prizes in peace but it wound up being too much for me. I put the Easter band-aids in the band-aid drawer. I got scared that the kids would get used to having band-aids in their own control and then, lousy with bandaging power, they’d never again submit to my control of first aid supplies.

When Enzo swims he does a lot of clinging to the side of the pool and crawling around on the steps. As a result he always comes home from a pool encounter insisting that his fingers are bleeding. “Look. See? They’re RED!” If I had a nickel for every time I’ve said the words “If it’s not dripping it’s not bleeding,” during the past few weeks, well then, I’d have myself some twenties of cents.

One day after swimming he sneaked into my bathroom and helped himself to the band-aids. I couldn’t really be mad since, in all fairness, those band-aids are his. That he was able to bandage all five fingers on his right hand without assistance is pretty impressive. Sadly his bandaging extravaganza happened mere minutes before bath time. I found all seven (two on the other hand) band-aids water logged in the bottom of the tub when he was done.

This is why I lock them up.

One Response to Are you a band-aid mom?