If you’re ever on a walk with Moo and she runs off to stick her nose to a stop sign, there’s something you should know; contact with stop signs turns her invisible. Something you might notice in the below photo (were she not touching a stop sign in it thus rendering her invisible) is that she’s wearing a cape. I think this invisibility thing might have something to do with her alter-ego “To the Rescue Girl!” (The name does double duty as her battle cry) 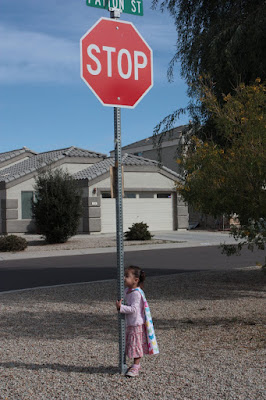 To the Rescue Girl came along with Duke and me to fetch Enzo from preschool a few days ago.  She disappeared at nearly every corner. Don’t you see the question in his little face?  “Mama, where did she go?” 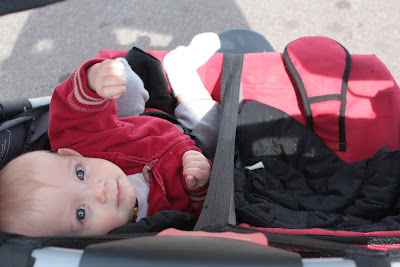 I made her cape for her birthday. She was constantly borrowing the previously forgotten capes of her older siblings which inspired renewed cape love in the two of them and resulted in conflict. Clearly it was time the girl had a cape of her own. Butterflies and Gingham seemed just the thing. 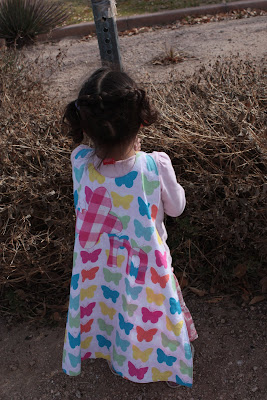 Whew, I finally found a picture without any stop signs so she’s fully visible.  Have you ever tried to take a picture of an invisible child? Tricky business, that. 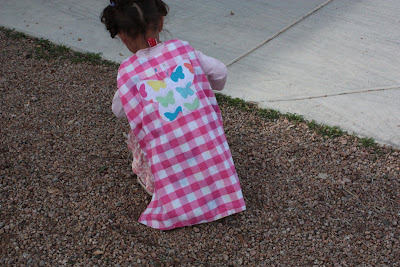 The action upped once we’d collected Enzo and were on our way home.  There was a lot less invisibility on this end of the journey. To the Rescue Girl was too busy keeping up to bother with parlor tricks. 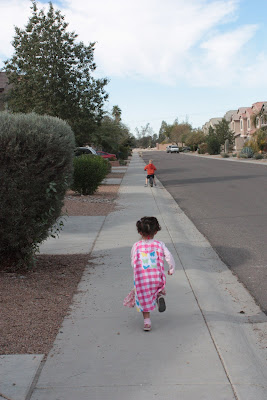 Enz apparently had a big day at preschool that day.  His exhaustion break down started in the middle of the bike ride home.

The honest truth about this next picture is I took about five trying to get a good mid-wail shot.  Some times tantrums are nerve wracking, sometimes they are unbearable and sometimes they are amusing.  This one fit in the third category.

I think he was upset about having to wait at the corner for me to catch up and then he decided he was too tired to continue to he slumped over his handle bars and demonstrated his displeasure with it all.

I wish I’d caught a shot of his mouth at it’s widest, most dramatic point but I missed it every time and he just wasn’t taking direction from his photographer.  Go figure. 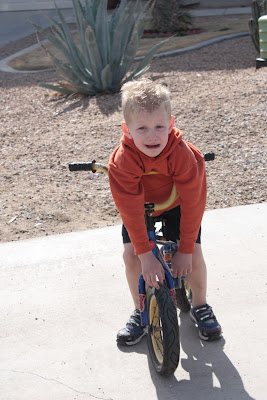 Then To the Rescue Girl got tired so she hopped in and took it easy the rest of the way home. 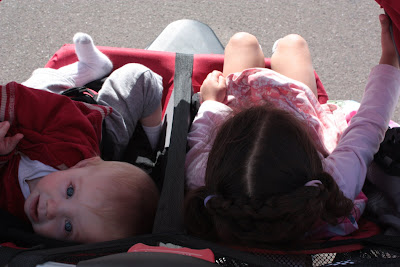 I’ve only just realized that I seem to be the horsepower behind her super hero vehicle. I’m going to have to start working on my speed if I’m going to be in league with invisible jets and Batmobiles and things.