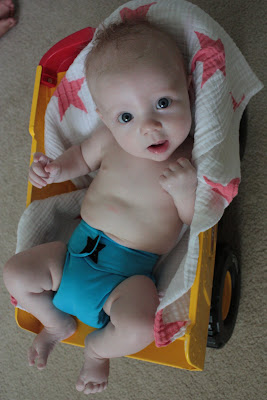 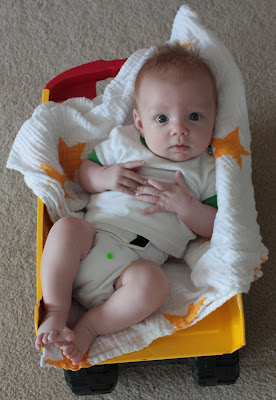 Here are the two photos side by side; 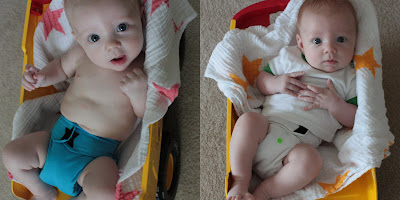 I think I’m going to figure a way to prop him in a sitting position for the next one. He’s getting too tall to lounge in the truck bed.

He’s also getting too tall for his (my) puj tub in so much that I introduced him to the big people bath tub this past week.

First I dipped his feet, as I always do, to let him know what’s coming. He always gets happy when he feels the slippery wetness on his toes. But this time, this time when that brief introduction was over, rather than slipping into the semi reclined position of the puj with only his lower torso submerged, he found his whole self lying in the water. He stretched and wiggled tentatively in the beginning and then began to beat the water with (almost) chubby legs. Enjoyment and confidence growing with every stroke.

I’ve returned him to the big boy tub one time since, he enjoyed that second experience in a much more serene sort of a way. In between times, we’ve continued to use the good ‘ol puj because babies easily bathed in the bathroom sink can’t possibly be in danger of growing up.