I take issue with using the word anniversary for frames of time other than the year since the word is born of Latin’s “annum” (year) and “versarius” (returning)
Could it be (more than) a month ago that I was noting the hour that marked his first full day? (horaversary?) And say, shouldn’t I make a record of those first hours and weeks before they slip into the obscurity of memory?
That I should.

Meanwhile, here he is on that day, the one month day. I’ll be using this truck as a size comparison prop for monthly photos and he increases in mass (He’s so much fatter already. My fingers are crossed for a nice tub of a babe to snuggle into boyhood) 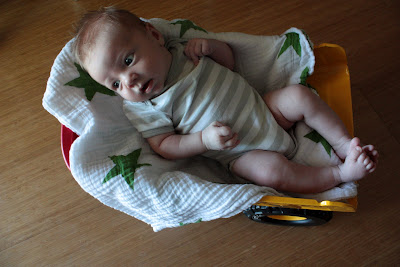 The other kids were off doing what it is they do but Moo was by my side, wanting her picture taken as always happens when I lay hand on the camera. 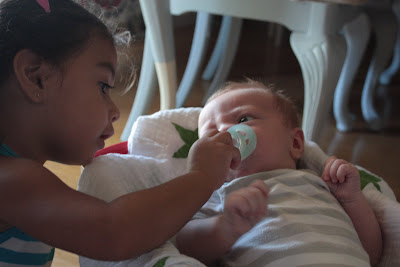 She is a fan of this little boyo we’ve got. 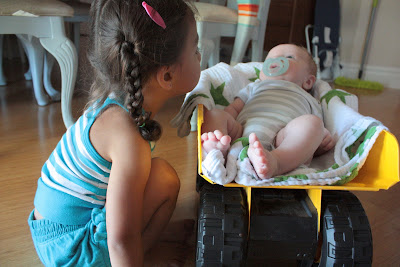 In the future I think I’ll rig up some kind of back drop to disguise that clutter of table and chair legs.

One Response to One Month