There’s this thing I’ve noticed. If I block something from the blog I tend to lose the ability to post anything else. I guess “block” isnt really the word I’m looking for. Somethings I decide are not appropriate to share with the interweb at large. Those things I express through other channels and that’s that. It’s when I have something to say here, and for whatever reason don’t say it that I run into trouble.

Take last spring for instance. I decided not to post about our giant pit digging extravaganza until it was all done. We started in May we also finished with the digging in May but then we stalled a bit and it was July before the pit was lined and the trampoline was in it and by that time going back to write about the stuff that happened in May felt like too much hassle. While I was busy not writing about the hole in my back yard all sorts of other things were piling up and never getting written about because they were stuck in the hole and this all led to the sporadic at best posting that occurred here between May and November when I made myself snap out of it for NaBloPoMo’s sake.
Recently another such incident has occurred. I’ve been waiting since December 16 to show you this. Now finally the image is scanned and ready to share so I can post it and move on. 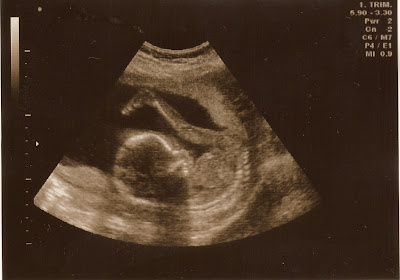 Ladies and gentlemen, meet Duke, the the teeny tiniest Earl.
He is a boy and seems to have inherited his hamstring flexibility from me rather than from his father so he just might retain the ability to touch his toes without bending his knees when he grows up. I guess we should wait and see how things go outside the womb before we get too confident in the matter of whose hamstring genes were passed on but for now it looks like I’m winning this one.
Oh, and here are some pictures from digging the hole because honestly, I’m never going to write that post.

It was a family affair. 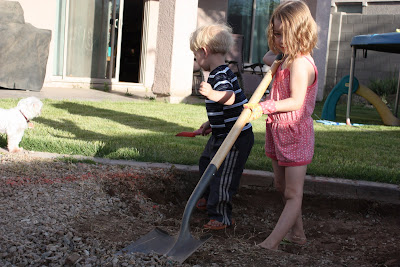 Everyone took up shovels to lend a hand. 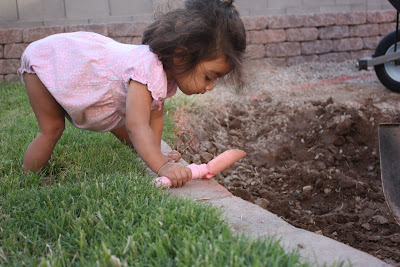 This is my game face: getting ready to show that dirt who’s boss. 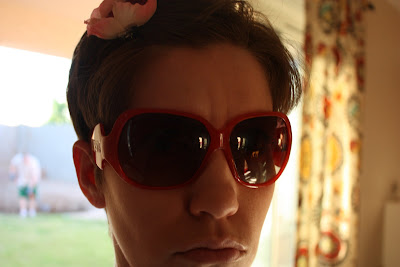 We worked in tiers 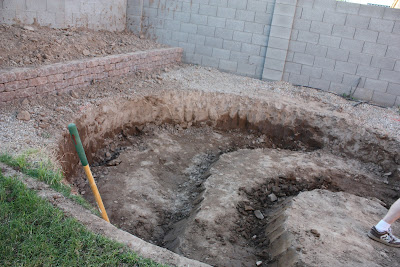 Eventually it got good and deep. 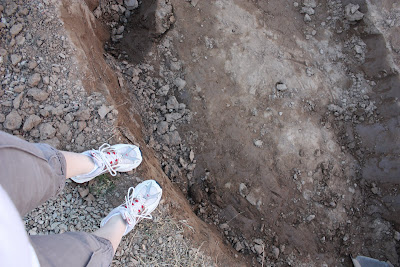 This is maybe a quarter of the dirt we had to get rid of after we filled the raised garden bed that spans the width of the yard. 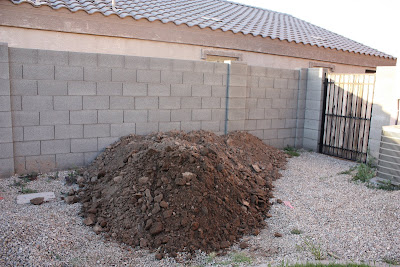 And while we were digging Moo was working hard trying to get our attention. The result was that at 19 months old she finally decided it was worth her trouble to go ahead and stand up on her own two feet. We cheered and clapped and hollered until she sat back down and then we dug some more until she stood up again. 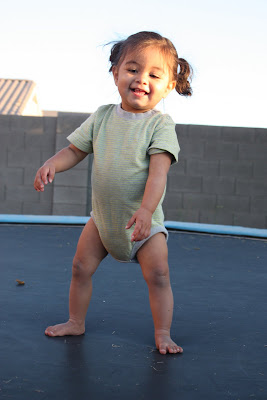 All in all it was 2 1/2 weeks working every night after dinner until the hole was dug, the Moo was standing, and the dirt was hauled out to the driveway so people responding to our craig’s list add could come and haul it off at their leisure. 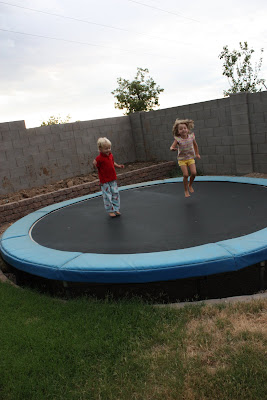 And then it was done. By the way, we planned on the trampoline staying a bit above ground level it’s not just that we got sick of digging after 3 feet and called it good.