Sometimes I curse my belief that children, once they form an opinion and state it, should be allowed to make their own decisions where hair styles are concerned.

I’ve tried to thwart the belief and force my children to conform to my desires for their hair but I can’t do it. The guilt is too much.

It’s happened on multiple occasions with Zizza. Her hair finally gets long enough that it doesn’t fall out of every pony tail and she decides she’d prefer it short. Lately she insisted that in spite of her forehead cowlick, bangs were the only way to go.

Observe the most recent tragedy.

Here is my boy with lovely blond locks 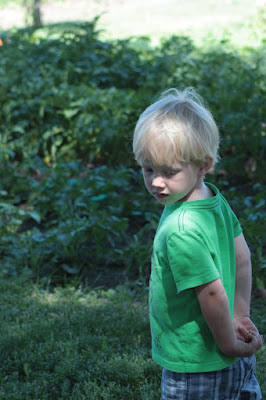 And here he is now, after he stated his hair style preference for the first time. 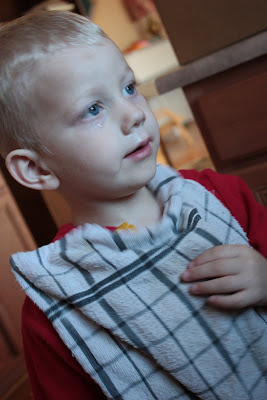 It’s been nearly two weeks and I’m still in mourning.

I put off my own severely over due haircut for weeks to avoid the cut he asked for.

Is there an upside to the new look? Yes, but just one. Between Enzo’s cut and his father’s new clean shaved responsibilities they are super twiners. I like to see their matching faces together even if given my preference, I’d put a mop of blonde hair on the one and ginger goatee on the other. (I’ll let you decide which I’d put where)

All together I’ve been rather put upon when it comes to the style of the male half of my family. Since when are style decisions made around here without the benefit of my opinion?

Since about a month ago I suppose.

One Response to Barber Shop