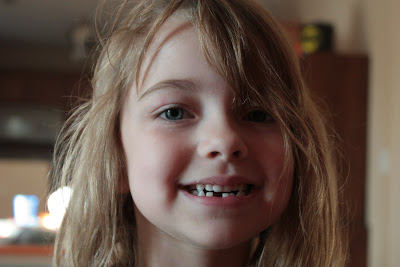 Yes, this is another Zizza post. Hopefully soon Enzo will do something endearing and sweet such that I’ll want to record it for posterity. Lately he’s been mostly messes and fits. I’d rather forget those things.

I’m going to share just one though because I’ve just discovered it and I’d like to get it off my chest. I went to tuck him in bed not ten minutes ago and found his pillows bare and lying forlornly on the floor. It took just a moment to locate the cases, lumpy and full sitting on the shelf. He’d filled them with books and toys.
Finding his things tucked away in such a manner would have been much nicer if they hadn’t all been put away properly in their respective baskets and boxes previous to their stay in the pillow cases.
Now, if he’d picked his things up from the floor and tucked them away in that manner I would have been thrilled as his picking up at all. As it was I put him to bed with no song or story. I couldn’t trust myself to do it nicely.

Anyway, this was supposed to be a Zizza post.

When I took the kids to the dentist a few months ago it was discovered that Ziz had her first lose tooth. It was still so tight that only a dental professional would notice the wiggle. The hygienist guessed the tooth would stay until December. Zizza has been carefully wiggling it ever since.
Maybe it was the girls persistent wiggling, but the hygienist was wrong. The tooth came out on Halloween day, right at the outset of girlfriend’s primary (Sunday school) class.

She tucked it carefully under her pillow that night and the Mr and I fell into bed exhausted from the weekend’s festivities with no thought for the waiting tooth. We realized our negligence before she did and decided we’d just tell her the tooth fairy has Sunday nights off. She took this as gospel. If you don’t believe me check the comments from my last post.

Last night I knew I’d have to deliver. We got her into bed and I began the countdown. Just as I was thinking it might be safe, out she came. “Hermer’s too loud. He’s keeping me awake,” She came out three times with that complaint. Finally I told her to fall asleep in my bed.

Soon the Mr was carrying her up the stairs, as an extra measure he moved the crab cage out into the family room. I thought that was that and I’d just pop in to her room and take care of business, but when I went to check I found her wide awake. “I know why Hermer’s so loud Mom,” she said. “He’s looking for Hermy.”

It was after 9:30 when she was finally snoring. I snatched the tooth laden ziplock from under her pillow, slid a fifty cent piece into it’s place and gave a sigh of relief.

Then I realized I had no idea what to do with the tooth. Do I throw it away? Do I save it? Saving it seems a little weird, but then I saved snippings from their first haircuts, is it really that different?

What do people do with the teeth after they glean them from beneath the pillows? I am at a loss.

One Response to Missing