You know what’s cool? When your boy makes a point of locking every door in the house as his afternoon entertainment.
You know what makes that even cooler? Well, it could be really cool if you have a keyed lock installed on your laundry room. Also, maybe the key to the lock could be missing! Yeah, that would be great. Then maybe all but one pair of the boy’s underwear could be in various stages of laundering and thus locked away safely with all of the household chemicals that the lock was installed to protect the children from. The one pair will of course be on his person and notably dirty such that after bath time when the underwear deficiency is discovered the notion of rewearing will be immediately dismissed.
Yeah, that’d be the coolest.

I forced him into his pajamas commando last night. This morning he didn’t come down for breakfast. I found him with a dismayed expression and a bare bum sitting in front of his dresser. The mere mention of the word “commando” was enough to elicit screams of protest.
So what did we do? Put the boy in his swimsuit and feed him breakfast while the mama got to work on a new pair of unders. 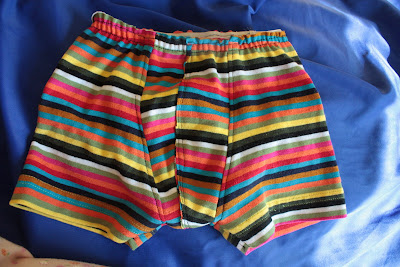 I had already taken a pattern from a pair of boxer briefs for use as part of his Halloween costume so luckily I didn’t have to think anything through. that made it quicker. Also, since I started with an old tank top, the hemming was already done.
I had two like this, I used the one with less pink in it. 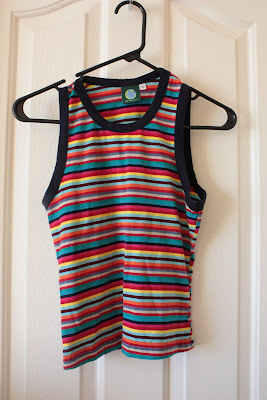 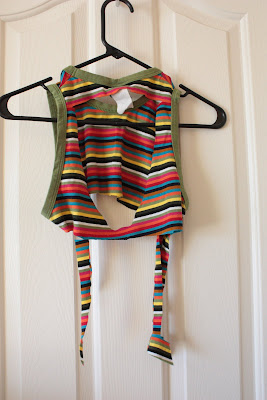 And look, they work! 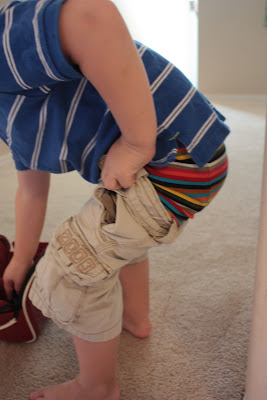 Meanwhile, at the other end of the ironing board, something that looks suspiciously like Halloween progress. 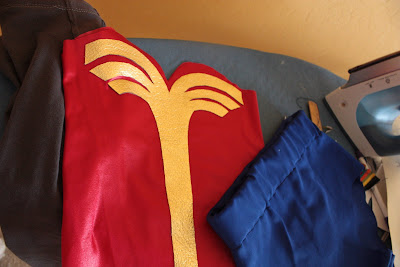 I guess I should get back to that.

One Response to Locksmith?