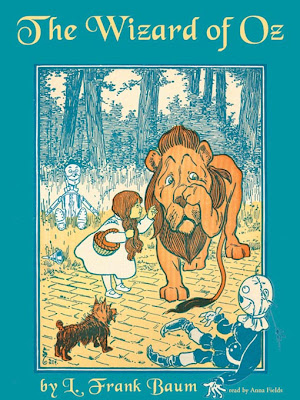 I read “The Wizard of Oz” for the first time during the year before I got married. I enjoyed it so much I read every other Oz book that could be found on the shelves of my parents library and wondered to myself all the while how I’d made it twenty years into my life without reading these lovely books.
My Zizza loves a good story. We graduated to chapter books nearly a year ago. For a long time it was nothing but Junie B Jones. Ziz and I were supremely happy with this arrangement for we love her dearly but the Mr found her a bit tiresome after a while so we’ve expanded our views.
This week we are reading about Dorothy, Toto and all their friends for the second time. I knew she enjoyed the story the first time through, but this time it is different. This time she is loving it.
In the second chapter or so, mention is made of Dorothy tying her pink sun bonnet under her chin and picking up the basket she’d packed with bread to set off on her journey.

Zizza has no pink sunbonnet (despite the many petitions she’s put to me during the past days) but she does have a polka-dot cloth for her little table. This she drapes over her head while wrapping her apron around her neck from the back to tie beneath her chin. She has a little basket woven doll bassinet which she packs up with “bread” (only square red blocks will do for bread) and journey throughout the day with a little stuffed Toto.
A few nights ago we reached the part of the story where Dorothy’s bread runs out and the Scarecrow kindly fills her basket with nuts while she is sleeping by the fire. The next day, not a block was found in her basket but her collection of zoob builders were there playing the role of nuts.
Last night we read of Dorothy’s melting the Wicked Witch of the West, packing her basket afresh from the Witch’s cupboard and setting out once more for the Emerald City with the enchanted golden cap upon her head and her sunbonnet tucked inside her basket.
Today, she was wearing baby Moo’s sun hat, (the Golden Cap) her basket once again contained red blocks (It seems the witch had bread in her cupboard) and true to the story, her polka-dot table cloth sunbonnet was tucked safely in the basket.
Just now, The Mr read her the chapter in which The Great Oz is found out a fraud. I wonder how she will be playing tomorrow.

I adore to see her enjoying the story so much and I have to say it suits my nature perfectly that she identifies Dorothy with an image so different from the one portrayed in the film.

She talked briefly of dressing as Dorothy for Halloween. If she did so, she would not be obviously recognizable to the general population in her pink sunbonnet and silver shoes. She would certainly wear blue gingham which would help with recognizability but, for her, the gingham isn’t the most important part of the ensemble.
I was thinking of showing her the film soon, but decided to wait. There will be plenty of time for Judy Garland later. Right now I want her to go on loving the pink sunboneted Dorothy of her dreams. I know only too well the sting of having one’s own precious imaginings lost forever to the visual representation of another person’s mental image. (Oh Laurie, I know you look nothing like Christian Bale but your true face is lost to me forever!)
When I am sure that Zizza’s own Dorothy is safely and permanently stamped in her mind’s eye, I’ll be only too glad to watch the movie with her.

One Response to That Wonderful Wizard