This morning I needed to pack Enzo’s things for the long awaited Father and Son’s camp out.
Seriously I’ve been waiting for this day since before I had a son.
What fun to ship off the men folk for a night of farting in the woods while the girls stay home and do girl things!
Last year Enzo and The Mr were not ready to face the wilderness on their own, but Enzo is three now so off they went, into the wild.
So, anyway, I went to pack his things but I found I had nothing to pack them in. Well, ok, I had things I could have packed them in but I wasn’t real keen on sending my nice easy rolling luggage on the Father-son camp out. There’s also the giant duffel bag but I really am talking giant here. It is what the Mr used to carry his trombone, case and all, around in during high school. It might have been overkill using bag that big to carry a pair of jeans, four pair of underwear, a variety of socks and a t-shirt all sized to fit a boy of three. He’s a big three, but his clothes still don’t take up that much room.

It was clear, I needed to take matters into my own hands.
I wonder if The Mr looks forward to the calls that go like this
Me- “Hi how’s work? Can I cut up your (item of clothing) to make a(secondary item) for (family member)
Mr.- “umm… ok”
Me- “Thanks! Love ya, bye” (Humm of sewing machine) *click*

Today it was this pair of shorts. 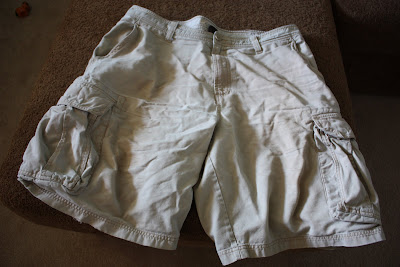 They became this back pack 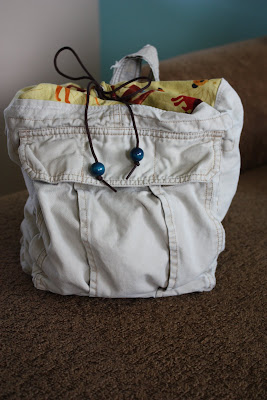 I was going for a rugged look so I hacked off the waist band and with no further finishing work, tacked it on as straps. 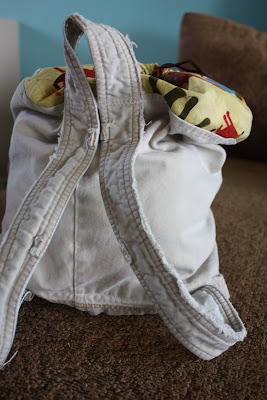 This Robert Kaufman Monkey print is something Enz found at the fabric store and couldn’t leave without. We bought a quarter of a yard and it’s been waiting for the right project to come along. 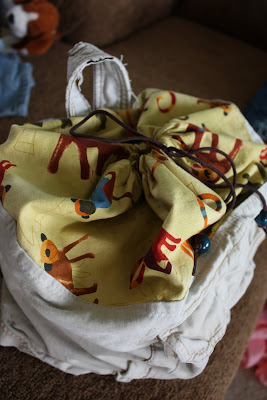 Look at that, he’s all ready to go! Too bad he still had to wait for Pop to get home from work. 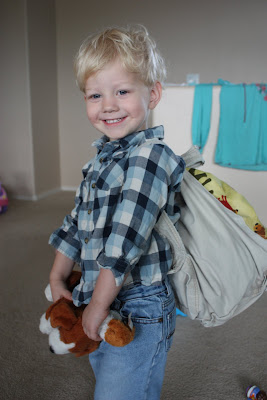 The back pack may have turned out a little droopy…I don’t want to talk about it. 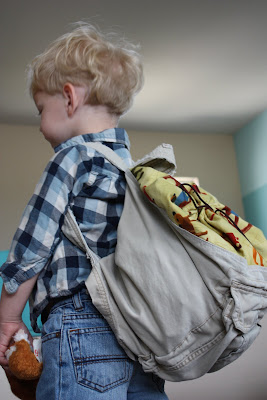 Ok, he’s got his “smarshmellos” and his “fruit row-lups,” Now he’s really ready to go. 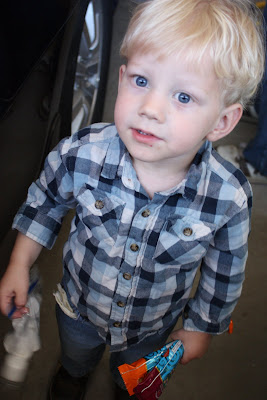 And His pop was ready too. 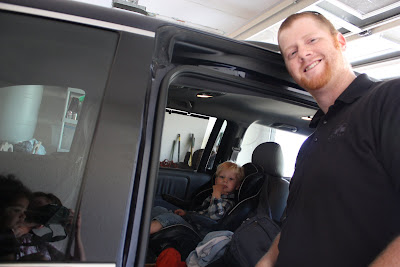 6 Responses to A-camping they did go