I got it in my head that a boy ought to have a shirt with a three on it when he turns three.

There are numerous ways to bring such a thing to pass, but I settled on freezer paper stenciling. I went through quite a few designs in my head, a dragon breathing a three of fire, an airplane writing a three in the sky, a hand raising three fingers, all of these would have been super cool, but when I considered my boy I knew he’d appreciate a crane dangling that important number more than anything else. 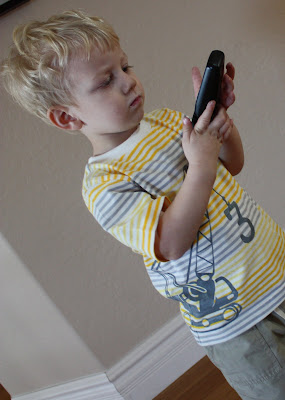 I used this tutorial as a guide for my foray into the world of the stencil. 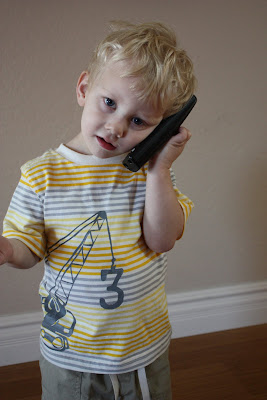 I am not much of one for drawing, so coming up with my own unique crane design was out of the question. Instead I sifted through free downloadable coloring pages for hours until I found a crane. I wish I could link to the one I used, but I don’t know where it is anymore. 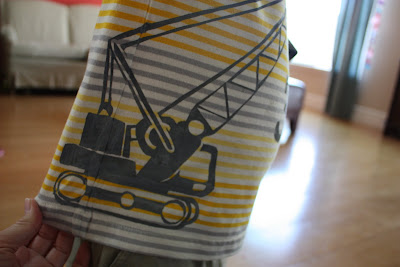 I simplified the design a bit, most notably in the caterpillar wheely things, traced it, exacto-ed it, ironed it on to a four dollar t-shirt from target, and went to town with some grey paint.

For the record, I don’t recommend using as much detail as I did in your stenciling patterns unless you have a great deal of patience and ambition. Also, this was not a project I could have had any chance at if I’d tried it with my kids around. A simpler, pattern, sure I could manage that while actively parenting. Those darn triangles in the arm of the crane though, not to mention all the random loose little bits in the body of the design nearly drove me to distraction. Even working, as I was, with the children safely tucked away in bed! Wrapping the design around the side of the shirt added to the trickiness of the whole affair as well. I’m super happy with it though, so it was all worth it. Doubly so since my big three-year-old boy was more than thrilled to wear it on his big day.

2 Responses to A Birthday shirt for Enz