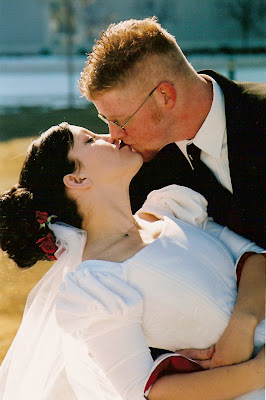 We celebrated our wedding anniversary today with a twelve hour date…in the car…with the kids.
It was super duper romantic. Especially the part where we were all piling out of the car at Village Inn in St George UT and Zizza, who had been looking for Holly, suddenly stopped and started whimpering in a too familiar way.
“Does your tummy hurt? Are you going to throw up?” I asked her. When she nodded I seized her, pulling her from the car and lying her face down over my leg as I assumed a Sumo squat to keep both her feet and mine out of the splash zone.
As she finished up the unpleasantness I took stock of my position, wide stance, knees at ninety degree angles, and was impressed with myself for holding that squat as long as I did. I was supporting an extra thirty five pounds of little girl too!
Once I noticed what I was doing it suddenly became very difficult and I had to stand up immediately. It was kind of like those stories where someone is pinned beneath a burning car and a lone rescuer suddenly has the strength to lift the car and drag the person to safety. Only in this case I was saving myself from cleaning puke out of my car or off my shoes…Again.
We can’t seem to make that drive without vomit. Enz was the culprit on our way north. Poor boy had to spend ten hours strapped into his pukey car seat. We cleaned it as best we could with what we had, but baby wipes really are not the most effective product for such a job.
Anyway, we’re home, the vomit happened in the parking lot where neither Becky, Holly or my unnamed running shoes were splattered thanks to my super human strength, and The Mr and I have spent nearly our entire anniversary no more than two feet from one another. If that’s not romance, I don’t know what is. 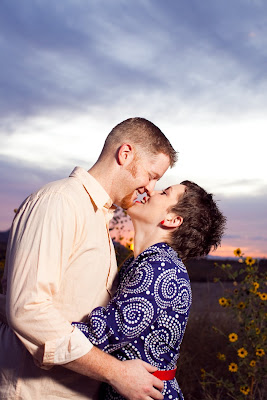