I signed us up for the kid’s ornament exchange at the Crafty Crow this year. Such fun! The theme is fairy tales, I was thinking of doing something easyish like gnomes (a felt cone on a wooden bead with a cotton ball beard and done!) but Zizza declared dragons to be her inspiration and since this is a kid’s swap I thought she should have some say.
I was thinking paper mache at first. Basically making mini pinatas with a water balloon as the abdomen. The problem there was, I couldn’t decide how to make the hind legs. Then I realized I hadn’t even considered the matter of a tail and I scraped that whole Idea. Instead we’re going with basic painted paper plus a little wire for stability. Here’s my prototype; 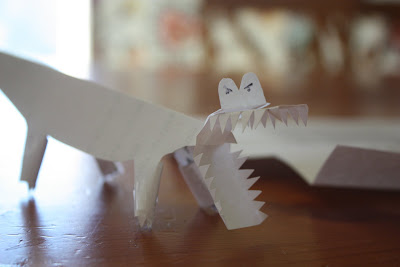 I’m still trying to decide on the orientation of the tail spike, this way? 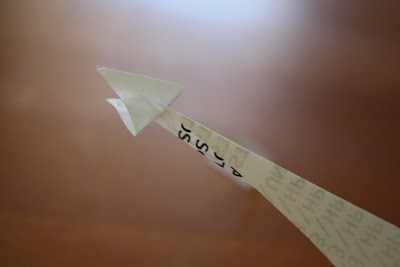 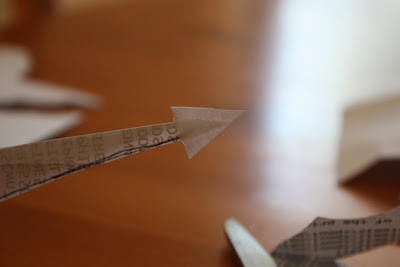 These were my first wings. I thouthg they looked upside down and rather batish so I tried again. 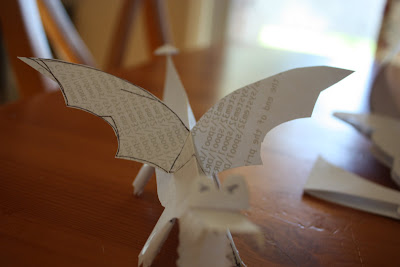 Attempt number 2 taught me that the first wings were not upside down after all, just slanted the wrong way.

That brought me to set number three which were a winner.

Now I just have to make six more and then turn the kids loose with some paint! Who knows, I might even get crazy and let them use glitter!

2 Responses to Drafting a dragon