It recently came to my attention that my boy was in need of a super hero cape. I was mulling over ideas and the Mr suggested that I use his old firework flower shirt. (yes it was as a tacky shirt as the title implies, and we both adored it)
I believe it’s standard procedure to use the least flattering photo you can find as the before picture. With that in mind I selected this image of Zizza, washed out with her hair on the fly because she’d just finished wresting the shirt away from her brother. You may also notice the bored silly look on her face. She was actually having a good time. The blank expression is thanks to her imitation of a sleeping flamingo which I’ve mentioned before. She had been balancing there, one legged, face completely void of expression as if in sleep, and I took the picture just as she opened her eyes to see if I was indeed taking a picture. It was the one time she’d been able to keep a straight face too, darn it. 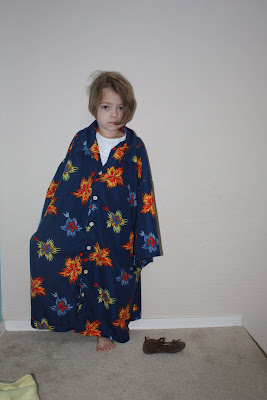 Enzo tried modeling for the before picture as well. I only caught this one shot of him still enough to hold a solid form. 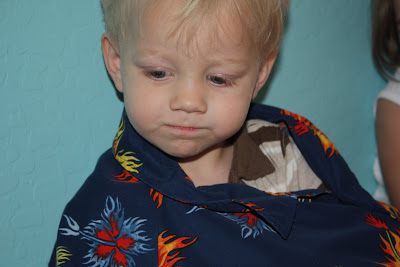 However, I did have my choice of a number of images like this one. 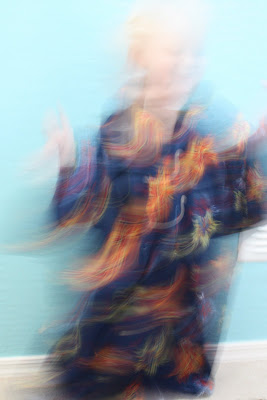 The good news is, it’s October now so It’s cool enough to go outside in the evenings and take pictures of things like ‘Uper E-yo capes. So that’s what we did. 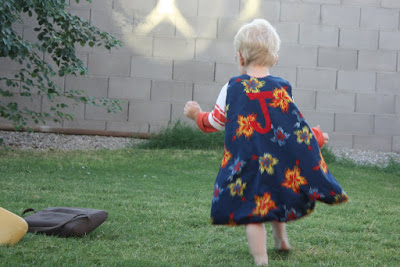 Zizza, of course couldn’t be left out of the fun and donned her own cape 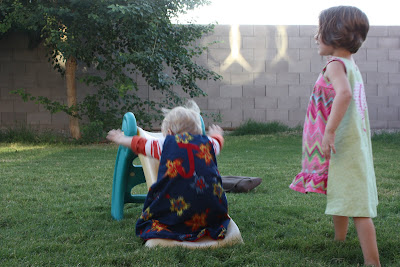 For decoration on the red side of the cape I painstakingly cut out and appliquéd three of the firework flowers. I also nearly chopped off my own fingers and poked out my own eyeballs just to ensure that I’d never have to do such a thing again. It was a very tedious task. The red side is his favorite though, so I guess that makes it a little more worth it. 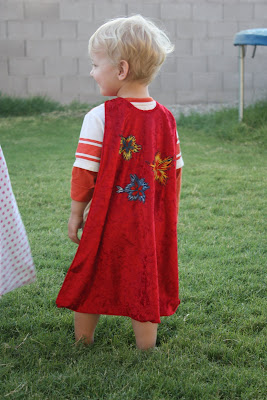 Hurrah for a well timed breeze lifting one’s cape into flight for a photo! 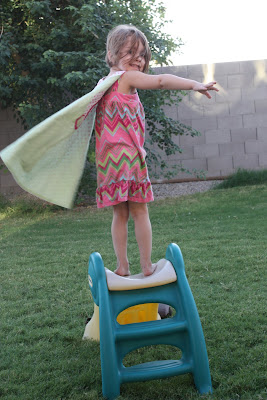 Sigh, capes are a good time.