I’ve been so busy procrastinating the pile of sewing I’ve got to do I found myself completely unprepared for Easter. Unprepared for the bunny part anyway.
Last week I called my mother, just 2 days before she was scheduled to come down for a visit and asked if she could squeeze in a trip to the toy store before she came down. She knows a really good toy store you see, one where they sell interesting quality toys. I’ve recently found a store of that kind here but I knew I wouldn’t get a chance to go there without children so my mother was my only hope. She said she’d try to make it there before coming here, but she couldn’t promise.
As an after thought I said “Or, maybe you could convince Dad to give us his old blocks!” “I’d love it if he would!” She said. But we both knew how slim the chance was.
My dad is a stuff collector. He loves him some stuff and he hates to part with any of it. He gets a little uneasy when people use his stuff. Not because he doesn’t want to share, but because he worries about misuse and damage.
I found the blocks when I was a kid. I found them and sneaked them out to play with.
He never knew.
Marmie caught me one time, she told me just to be sure and clean them up and put them back when I was done. She was glad to see them getting some use. I’ve had a soft spot spot the blocks ever since.
I don’t know how she convinced him, but the blocks are up stairs in my family room.
As soon as they saw them, Zizza and Enz set right to building. 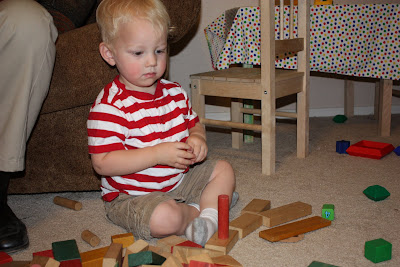 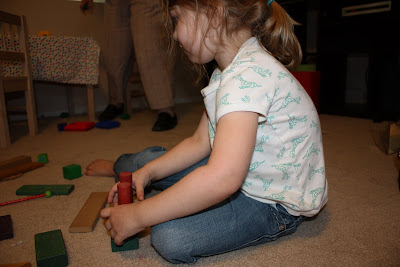 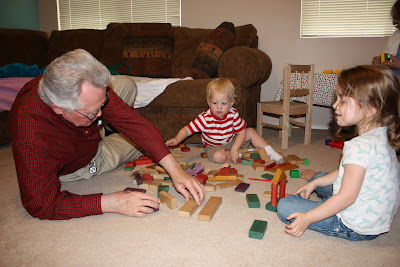 I’m still amazed at my luck. I always hoped I get the blocks someday but I didn’t think it would happen in time for my own littles to benefit from it.
Thanks Daddy