There was a party with cake and presents. It was great, it really was. It happened the Saturday before the actual event and we didn’t get any pictures of it.
That meant we had to do something worth photographing on the actual day of his birth, so I made cookies, 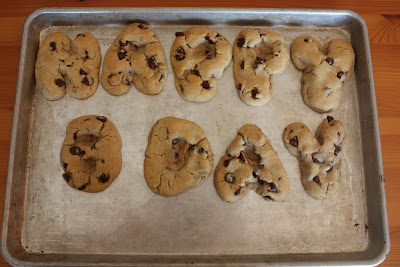 and he ate some. Actually, what he did was dip it over and over slurping the milk out of it each time but never really taking any bites. There was a pile of soggy crumbs and chocolate chips left over when he was through. 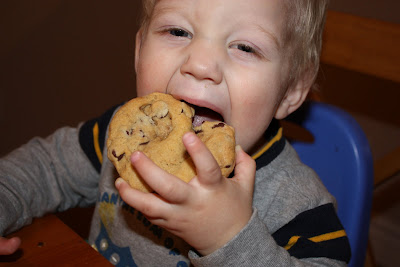 We found some super fantastic presents for him this year. Handmade, awesome, excellence from etsy, that sort of thing. I don’t have any documentation of those. I’ll probably talk about them some time though, because I love them all so much.
On his real birthday he got balloons, and he adored them. His sister also adored them, they adored the balloons together for days and days. I’ve only just realized that the balloons are gone, what a good job my Mr did of sneaking them out to the trash when they were spent. 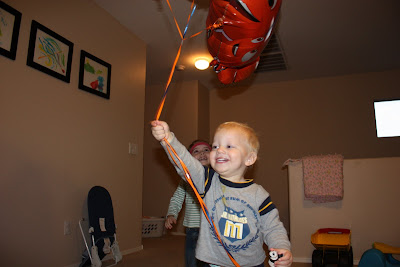 As is my custom, I dragged myself out of be in the wee sma’s to snap this photo of him the minute he turned 2. 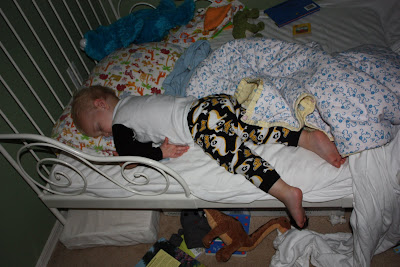 It was a good birthday. I sang “happy birthday” to him a million or so times and he joined in for most of them. He thought it was pretty neat, having a song all about him, with his name in it and everything. He tended to skip right to the name part as soon as I started the first “Happy Birthday” That’s the kind of thing that makes two so great, I’m looking forward to more of that.