A continuation of the discussion of our Family Photos and what those of us who are not four year old girls were wearing.

I had grandiose plans in my head. Plans that included pearl gray cable knit, flashy belts (well, really only one) Mustard yellow sweater vests (fine, only one of those too) and royal blue silk charmeuse. I realized of course that designing a wardrobe for 5 people entirely out of ones own head when one does not have unlimited time, skills and/or means will only lead to disappointment, so I scrapped all of that and we wore this. 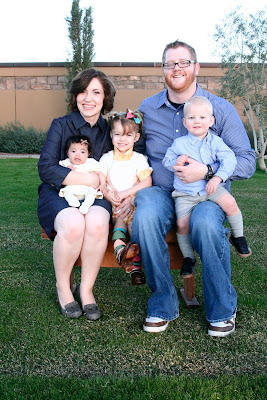 I planned for Enzo to wear the charcoal shorts from his Micheal Banks suit. But I never made the Micheal Banks suit so that was a problem. I kept up hope that I’d get to it in time to make the shorts for the pictures but I ended up simplifying.
Simplifying is good stuff.
The morning of picture day I found those gray shorts on the clearance rack at Target. They were size 4T slim fit girl’s walking shorts. I took them home, cut the rise deeper, hemmed them to Enzo’s knee length and my desire for gray shorts and knee socks was fulfilled. It was fulfilled until his socks squinched down anyway.
I made him a yellow pull over vest too but I edited it at the last minute. It was too buttery a yellow which didn’t quite sit right, so away it went. 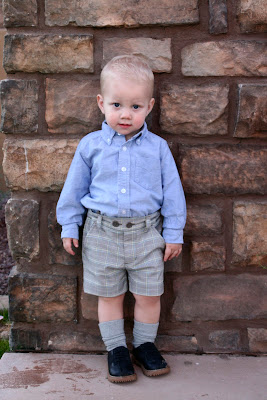 The New One was the easiest of all of us to dress. My first stop on my all day shopping trip was Gymboree where I found the little sweater dress on sale, the last one in the store. I snapped it up and she was taken care of.
I entertained notions of making her a pair of shoes in the camel color of her hair bow, but that’s another thing I didn’t quite get to.
Ok, you caught me lying again. I patterned and cut the shoes but after stitching one up I discovered I hadn’t left enough seam allowance and it was too small so I gave it up. 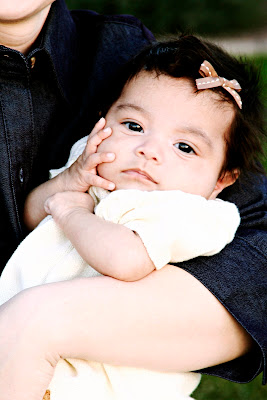 The Mr was the second easiest to dress. Found his shirt (love the yellow pin stripes, not that you can tell they’re yellow from the photo) at my second stop on the day I died shopping. Then it was just made a matter of making sure my favorite of his jeans were clean and on top of the pile the day of pictures. 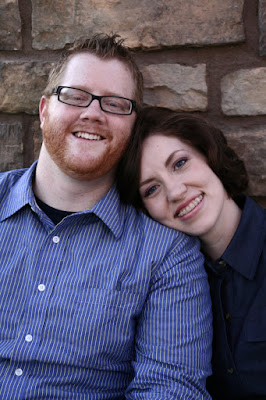 Dressing myself was horrible. I spent hours upon hours searching for trousers, then more and more hours searching for a suitable blouse.
Then I died.
Then I went home and ate pizza.
Two days later I found my dress on the clearance rack at Target. Yes, Target’s clearance rack was good to me that week. After a few alterations, namely narrowing the shoulders and bringing up the sleeve length a titch, it was set to go.
In the store, I tried it on with the belt in the pictures but I thought I could do better so I didn’t buy the belt. I found another belt at another store and didn’t bother to try the two on together until I was getting ready.
The other belt was awful. It was purple which seemed like a good idea at the time but I don’t remember why. It completely blended into the dress once it was on. To make things worse, it also would not cinch. Since I was planning to cinch with a belt I hadn’t bothered taking the sides in on the dress. No, that’s not ideal, but I was tired and in the Target fitting room the belt cinch had worked. It would certainly be more flattering without the extra bulk, but it wasn’t un-flattering the way it was so I saved myself the time.
Un-belted the thing is an absolute sack and the belt I had, between it’s disappearing color and failure to cinch, was equivalent to going beltless.
I called the Mr, who was already at the photo site waiting for me. He went to Target and fetched the brown belt. He couldn’t remember what size I wear so be bought one in every size. (Yipee more stuff to take back to the store!) 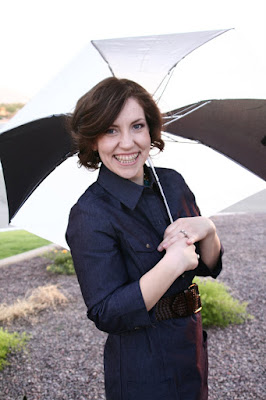 Then we met up with Kaylea and had a lovely shoot.
The End.

4 Responses to The rest of us wore…