Sledding.
We went with a pack of my siblings and their children the day after Christmas. Let me tell you about it.
It started out like this. Two little boys, one with ketchup smeared on his face, bundled up twice their normal size and smashed into car seats. 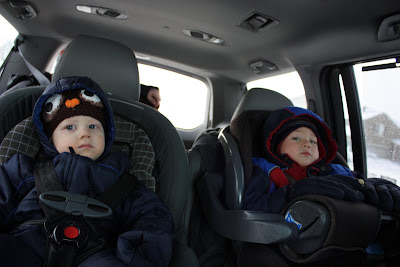 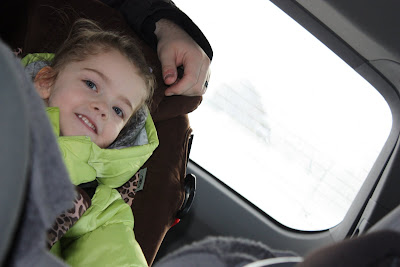 next to her hairy Uncle Boy. 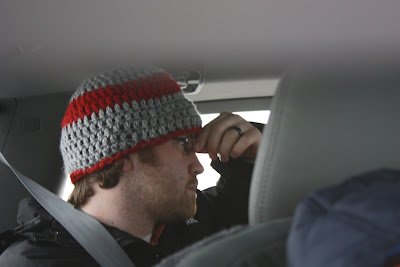 I too was tightly bundled, on top anyway… 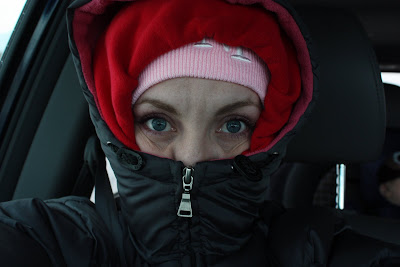 Sadly, this was the best I could do for my feet. You can’t so much tell in the photo, but I totally put on a second pair of socks in preparation for the day’s activities. 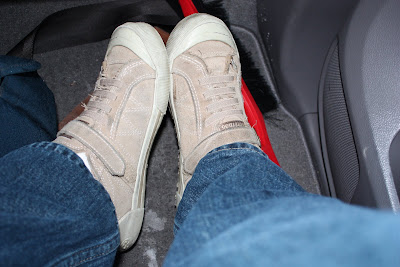 The Mr was there too but he was not bundled so I didn’t photograph him as part of the “bundled up” set.
He, as I mentioned in a different post, threw out his back shoveling snow and had no plans to join in the festivities. He just came along so I wouldn’t have to drive in the awful. He’s a nice guy like that.
First thing out of the car, Enzo took off up the road like he’s so fond of doing. 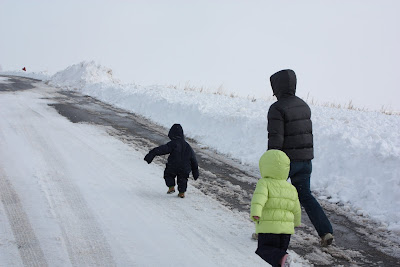 Once we were on the hill, he face planted immediately. I hurried to snatch him up and thanks to my awesome footwear I fell down too. Here was are in the aftermath. The snow oh his hat is evidence of his fall.
There, between my brows you see the etched number eleven that is a plague upon my family. 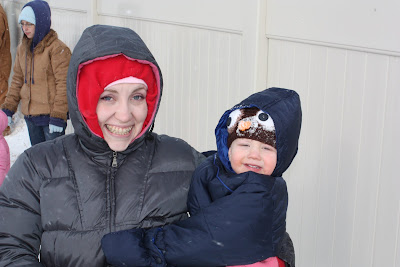 Here you see my little brother propelling a pair of four year olds and three sleds up the hill under no power but his own.
Way to go, John. Uncle of the year award, right there. 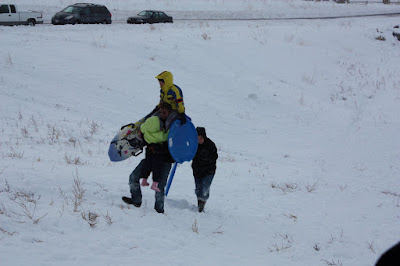 Zizza had a dang good time, Just look at her. 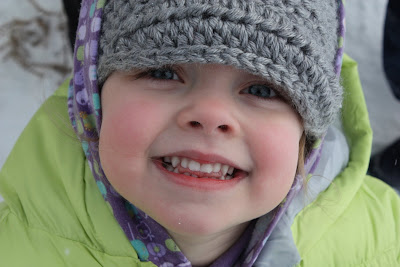 And there behind my nephew, I’m hard at work on my number eleven. Seriously, zoom in and check out the furrow between those brows it’s impressive. 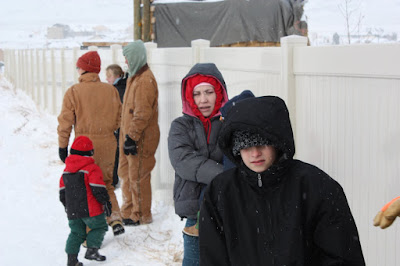 This is my niece. See the unlined expanse between her brows? She’s too young to realize that a number eleven is lurking in her future, waiting to jump onto her face at the first opportunity.
Enjoy it while you can sister, it’s only a matter of time. 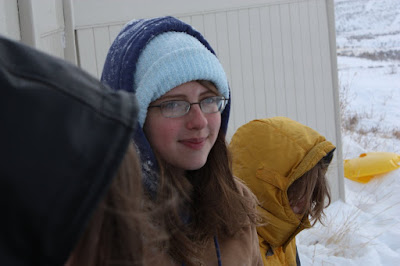 Now, for a look at our little passengers after the sledding took place.
There were rosy cheeks, 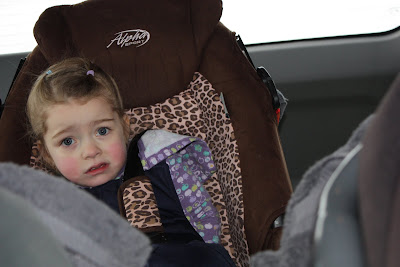 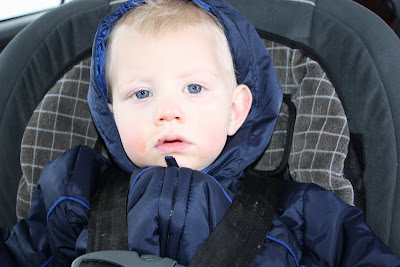 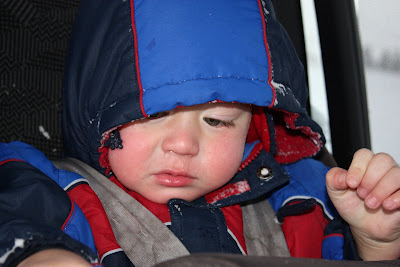 I guess that means the outing was a success.

2 Responses to Snow is good for…