One of the best things about today is the nekkedness of this corner. 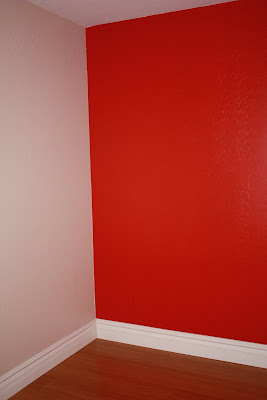 Putting away the Christmas tree = crappy job but it’s done now so I can’t complain.

One of the other best things about today was listening to Zizza play Kung fu Panda all morning.
“I want to be the tiger” she told me, “What’s the tiger’s name?” She asked. “Tigress” I say. “No, I mean the tiger. The one with the pretty vest” she says all rolling eyes and long exhales.
“Yeah, her name is Tigress.” I tell her, and this time she accepts it with no tenageresque reactions.
The mop and broom from the cleaning set grandma gave her become “Kung Fu sticks” and she commandeers the foam sword she gave her brother for Christmas. She tried over and over to give him a weapon but he was just not that into it.
She assigned and re assigned parts to all of us
“Ok, I’m Tiger-ess and you’re Kung Fu Panda and Baby Brother is The Master because he’s the shortest and The Master is the shortest”
Her reassignments always had to do with the role Enzo played. I was always Po and she was always Tigress. Every so often she’d look up at me from under her lashes and say gravely “You do not belong in this palace.”
She asked me why I wasn’t doing Kung Fu and I said I was I was just using my Kung Fu to fold laundry at the moment. She told me I’d better start hitting the laundry with a stick then.

Another best thing about today happened after lunch. I scooped Enzo out of his chair and washed him up, then I asked him if he wanted to go find his blankie. His response?
“Ni-ni, tr-tr(sister) ni-ni, be-be, ni-ni, poppa(even though he was at work)” All sweet and happy. My boy is back.
I got my “ni-ni, momma” after he was tucked in with four dinos, a giraffe, a monkey and every blankie within his sight. He’s really into snuggling things lately.