She’s on her way out to door to go fly a kite with her Father who’s newly released from his preoccupation with the world of finance.
My girl is a poser, she loves to pose. Can you tell? 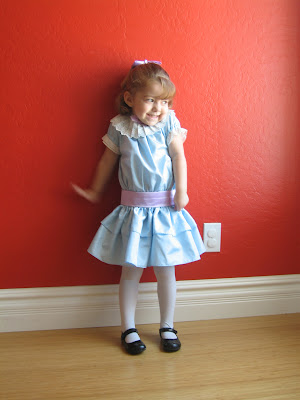 She ripped the tails off the bow when she took the dress off after her Joy School party. Remind me to fix that in time for this evening’s festivities. 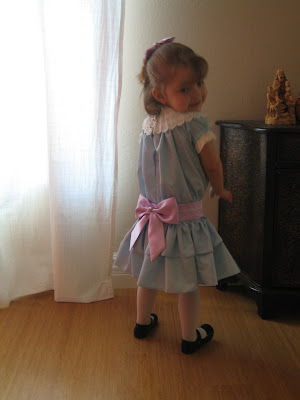 During the costume parade one of the parents said “Everybody turn around so we can see your costumes”. My Girl immediately pivoted on the ball of one foot, a full 360 which left me wondering if they’ve covered pirouettes in her ballet class. 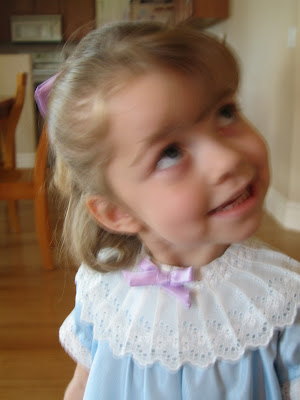 More posing, I was trying to get a head shot but the girl hits poses faster than I can keep up with. This is the most solid shot I managed, everything else was distinctly between facial expressions.