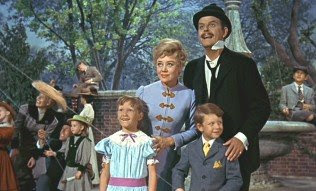 It’s coming, the best day of the year. Everything’s worked out brilliantly so far. I hope my Halloween luck holds out.
We watched Marry Poppins at my mother in law’s house when we were there back in March. I decided then that I was going to be Winnifred Banks for Halloween. I didn’t think to ask/coerce/demand that the Mr dress up as George Banks because I’d accepted the fact that he is just not into Halloween and stopped trying to convince him that his disinterest is morally wrong. But do you know what happened? All on his own, with no goading from his beloved wife (I really had given up) he said “I could do Mr. Banks”
And I heard the voices of angels singing.
I mused over using my motherly influence on Baby Girl to see if we could get ourselves a Jane but I decided against it for a couple of reasons.
First of all, last year she wanted to be an elephant, Lizzie the elephant to be exact, and I used my influence to pull for Cinderella. I was fairly confident she’d go back in the elephant direction this year and I was all revved up about making the costume.
Secondly, for me the distinguishing feature of Jane Banks is her hair. Namely the two long ringlets hanging down her back. Baby Girl’s hair isn’t long enough for that, so I didn’t mention Jane.
A few weeks ago while The Mr and I were out on a date Baby Girl watched Marry Poppins at her cousin’s house. In the car on the way home she announced, “I want to be Jane for Halloween!”
Even through my joy, I was a tad disappointed, I really had been looking forward to making the elephant I’d been planning in my head since last year, and there was still the ringlet dilemma to consider but the child had spoken. I realized there would be no swaying her from her decision and so I embraced it.
Tiny Boy is still young enough that he is entirely at my mercy as far as Halloween costumes go, so he will of course be Micheal Banks.
Baby Girl watched the film with me again last week as I studied the costumes and she chose the dress Jane wears in the final scene to be her own.
The Mr will also be sporting the look of the final scene. The George Banks of the punched out hat and ravished carnation really is much more agreeable.
I’m the only one who’ll be wearing a costume from a different part of the movie. I don’t think I could really be Winnifred Banks if I weren’t wearing the grey and yellow suffragette uniform.
Here’s the best part. I was drowning the regret over my lost opportunity to make an elephant in plans for the Banks family, thinking about what color knee socks Tiny will wear with his knickerbockers and how to style Baby Girl’s hair in the place of the long ringlets, but I was still kind of sad about it. Well, last week I ran into my sister in law and nephew at Jo-ann’s. They had come to buy fabric for his clown costume but he had announced to his mother that he intended to be an elephant!
The result is, I get to dress my own family as the Banks’ and still make the elephant! I am on top of the world.

6 Responses to A Jolly Holliday