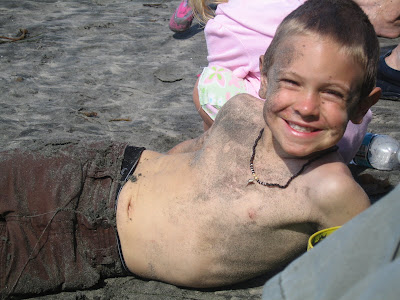 This is him, the heart throb of the three to six year old set in the neighborhood. Cute huh? yeah, you’re not the only one who thinks so. Let’s call him Dream Boy for blogging purposes.
Here’s the story. A while back, my kids and I had dinner at Dream Boy’s house. When it came time to leave, Baby Girl and Dream Boy were sitting next to one another at the counter. I was the only adult in the room for a moment. I had my back to them and what do you think I saw when I turned around? You guesses it! He was kissing her! (on the cheek, we’re talking about a 5 year old and a 2 year old here) Then and there I decided they should get married when they grow up.
I have a history of betrothing unsuspecting people to one another, so far, none the betrothed have been very cooperative. They just keep marrying other people, jerks. Still,I always hold out hope that one day, one of my couples will really get married, or at the very least, go on a date. You never know, this might be the time!
I told The Mr. about the kissing and he thought it was a hoot. He continues to tease Baby Girl about Dream Boy whenever he thinks of it. It’s never very rewarding for him though because Baby Girl remains completely unaware of her own romance. Some little girls know about “boyfriends” and that sort of thing, (more on that in a minute) but my girl is not one of them.
When The Mr tries to tease he get’s no reaction from her. “Is Dream Boy your Boyfriend?” He’ll ask her. “Well, yeah” she says. Of course he is! He’s her friend, he’s a boy, doesn’t that make him her boy-friend? “Are you going to marry Dream Boy when you grow up?” asks the Mr. “Pop,” says Baby Girl with an air of scorn “I’m just a little Girl” and by the time He repeats the part about how she’ll be grown up when the marriage occurs, she’s moved on and is giving out assignments for who will play which wonder pet as we use team work to sit together on the sofa. Maybe she’s a natural at deflecting tormentors, and really does have a soft spot for Dream Boy, I’d like to think that was true, but it’s more likely that she is as I said, oblivious.
Now, remember Bestest? She’s one of those little girls who know about boyfriends. Bestest Has a brother who is the same age as Dream Boy and occasionally goes to his house to play.
One time, Bestest went along to pick up her big brother, caught sight of Dream Boy and it was all over for her. She was a smitten kitten. Then And there she named Dream Boy her future and she’s held fast to that sentiment for around five months now. That’s a really long time for a four year old. Just yesterday she drew a picture of the two of them holding hands.
Word on the street is, there are others like her. Can you imaging the number of calls from giggling girls that boy’s family is going to have to endure?