All done! It’s actually been all done for a week but last week we were to hectic too get any photos. 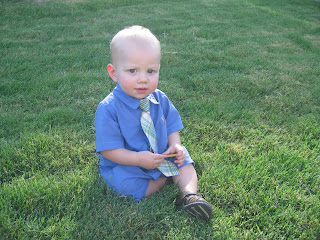 I’ve decided to try and relax a little in regard to posting photos of my children. How much cuter is this than this? Alot, that’s how much. So nobody tell me any stories about finding photos of their kids in advertisements or fertility treatment testimonials ok?
Now that I remember those examples I’m getting a little nervous about it already but I’ll try my best not to come back and delete these. 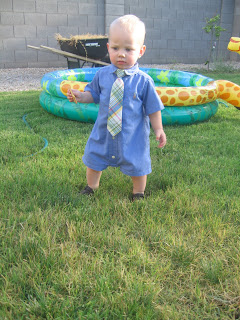 It has a bit of a “droopy drawers” effect but I don’t think there’s a way around that. At least not one that would be comfy for Tiny, and since children of this age are rather prone to actual droopy drawers it’s probably best that the romper mimics the effect. I hate visible wet-diaper bulge. Hate it.
By the way, that is the same wheel barrow full of weeds, in case you wondered. It has not moved an inch since the day, two-ish months ago, when I filled it. Maybe I’m not winning that war after all.